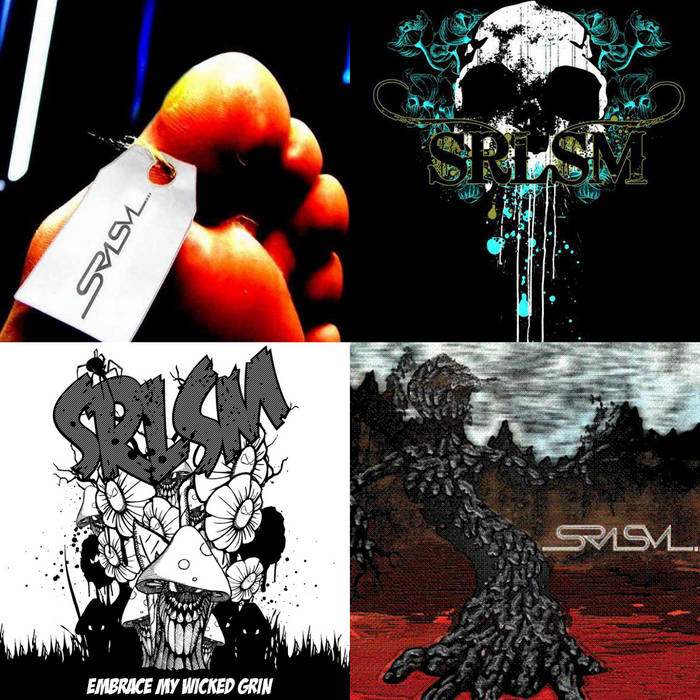 The concept for the band, Surrealism, was originated by Brian Cravey and Travis Hampe in 2005. Combining Travis' surreal artistic vision with Brian's distinct composing style on the guitar, Srlsm was born. The sound and style truly began to take form, however, with the addition of the rhythm section; Derek "Spoon" Ball on bass guitar and Noah "Shark" Robertson on drums. The four band members would meet while studying music at Tarleton State University in Stephenville, Texas. Shortly after a few collaborations however, they simultaneously dropped out of college to pursue their new musical endeavor...

After a long, rough period of searching for a singer who fit the attitude and ability of Surrealism, the band stumbled upon 1000 Car Crashes Waiting to Happen, an original musical project out of Cleburne, Texas. The duo consisted of guitar player Jeff "Jazzy" Patterson and vocalist Bryan Sullivan. The two newly discovered musicians joined Srlsm in late 2005. In 2006 the band released their self-recorded "Treeman" demo. Soon after the release of this initial recording, the band relocated to Dallas, Texas in search of more opportunities. The band paid their dues and harnessed their sound by performing all over the Dallas/Fort Worth Metroplex, which resulted in a strong local following and a demand for more.

In 2008, Srlsm released their debut, self-titled E.P. "Srlsm" (otherwise known as the "Toetag" E.P.), recorded at Indian Trail Studios with producer Alex Gerst. The release included a DVD made in collaboration with Abstract Films' director Jason Vandygriff. The EP/DVD combo received stellar reviews from fans and critics alike. In late 2008 Jeff Patterson left the band and was replaced by experienced shredder, Sam Paquette. Soon after, Travis Hampe would cease to continue contributing to the project... The band would eventually go on to earn local headlining status, opening slots on national tours, and some festival appearances; such as Texas Metal Fest 2009, Houston Metal Fest 2009, and Austin Metal Fest 2009. Long time Srlsm vocalist, Bryan Sullivan, would eventually part ways with the band mid-2009. In June of 2009 Jakobi Snake, most regarded for his work with The Uncontrollable Urge, joined as vocalist and the band's sound had come full circle. The band soon after released the 2 song DEMO entitled "Embrace My Wicked Grin" recorded by Alex Gerst at Indian Trail Studios. In the winter of 2009 the core-unit of Noah Robertson, Brian Cravey, and Derek Ball recorded a rough 3 song instrumental demo and moved Srlsm from its home-base in Dallas, TX to Hollywood, CA... A short time later, the band went on hiatus; Noah and Brian moved back to Dallas, Texas to start The Browning (Earache/Century Media)... the rest is history... there are rumors of possible new music from Srlsm...

Surrealism (Srlsm) can best be described as a progressive, experimental, groove-oriented metal band. The group has dubbed their own style - "Trip Metal" or "Texas Trip Metal". The band is known for its eccentric stage shows and distinct composing style. The band is influenced by the visual and political aspects of Surrealism. The musical and lyrical content is also influenced by quantum mechanics, religion, spacetime, extraterrestrial life, conspiracy theories, occultism, life and death, and hallucinogenic drugs. The band has shared the stage with Carcass, Suicide Silence, Samael, Psycroptic, Brujeria, Mushroomhead, Possessed, Divine Heresy, Sadistic Intent, Asesino, and many others.

Once singularity has been reached the gravitational pull will be impossible to escape and all matter will ultimately be sucked in by awesomenessnessness...

One day, you shall enter through the door to nothingness...